Without blues and jazz, we wouldn’t have modern music as we know it today, basically any genre that comes to mind. And one of the most important components of both larger and smaller bands were the drums. Interestingly enough, almost every single band these days uses the kinds of drum kits that were developed in the first half of the 20th century. Whatever the musical style that you’re into, you’ll always have pretty much the same setting with every drum kit.

With this said, it’s only obvious that plenty of big drum-making brands rose throughout the 20th and the 21st century. Interestingly enough, many of the most popular drum brands have been around for quite a while, bringing innovation and the best possible products into the world of music. In this brief guide, we will take a look at the best drum set brands that are available on the market these days and we’ll also explore some of their best drum kits that we could find.

Founded back in the early 1970s by Don Lombardi, Drum Workshop rose to become one of the best drum-making companies on the market. It originally started as a simple drum equipment sales business and Drum Worksop soon managed to make its first product, which was a height-adjustable trap seat. After proving their qualities and seeing an increased demand for their products, Drum Workshop focused on making drum hardware and additional equipment, including bass drum pedals and hi-hat stands.

Of course, it was only a matter of time until the company would go into manufacturing drum components and entire drum sets, instead of just hardware. For many years now, DW drum sets have been available through custom orders only. Needless to say, these are high-end instruments intended especially for experienced professional drummers.

Drum Workshop managed to build healthy and long-lasting cooperations with some of the biggest legends of the drumming world. These include Red Hot Chili Peppers’ Chad Smith, Dominic Howard of Muse, Christoph Schneider of Rammstein, Terry Bozzio, Rush’s Neil Peart, and many others. 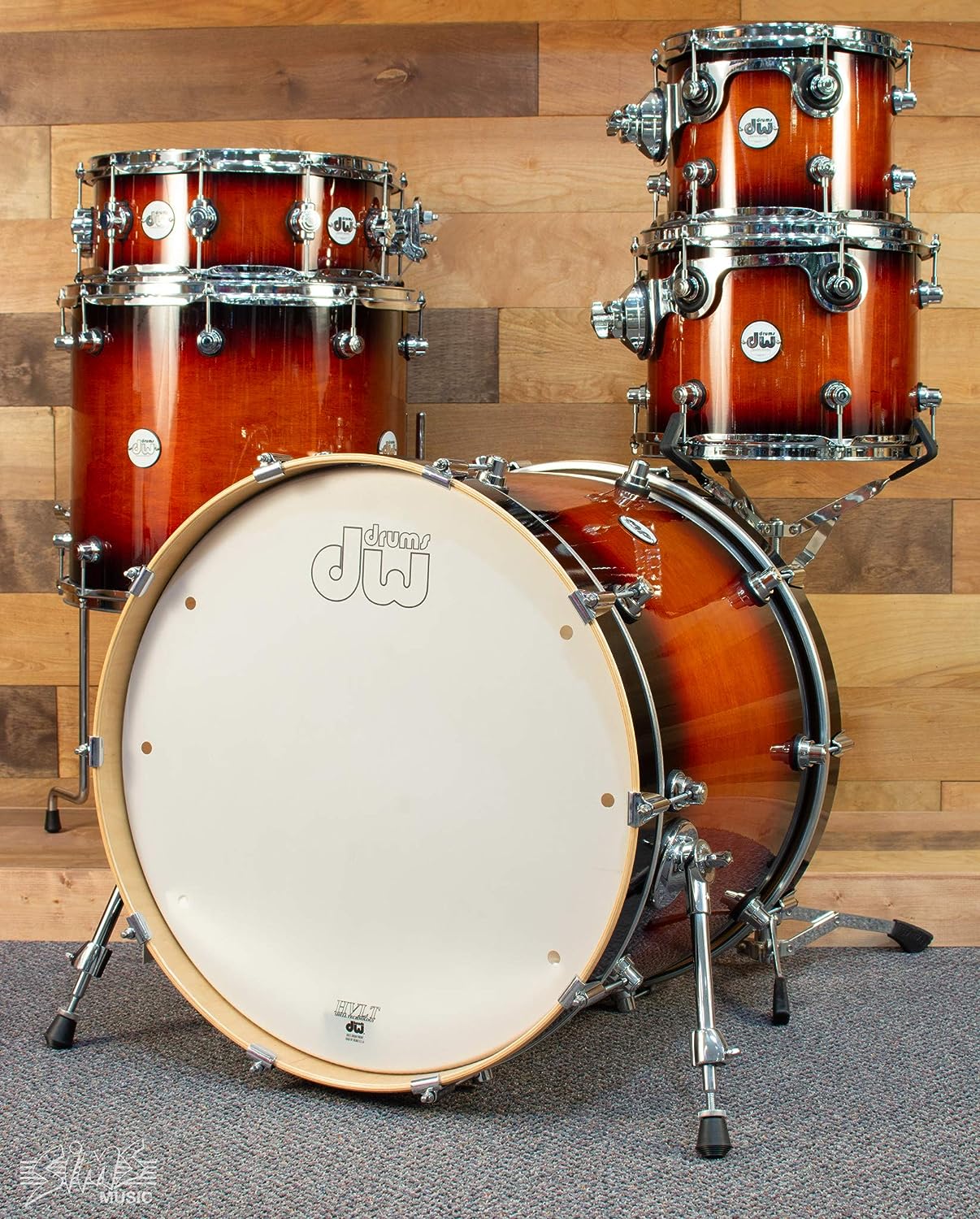 Although far from being one of those cheap brands, Drum Workshop sets are worth every single penny. Some of the best qualities can be seen with the DW Design Series drum kits. This 5-piece set includes 10- and 12-inch rack toms, a 16-inch floor tom, a 14-inch snare drum, as well as a 22-inch bass drum. And all of these components are made of maple, giving them quite a unique and controlled sound that’s made in combination with the company’s special drum-making technologies. Whether it’s a live stage setting or a studio session, this drum set will get you covered for a plethora of genres.

To explain the greatness of Ludwig, we’d have to go all the way back to the early 20th century. The company was founded by William and Theobald Ludwig. Being innovators of their age, they further developed the concept of a bass drum pedal, paving the way for modern drum kits as we know them today.

But it wasn’t until the 1960s that the company made their huge international breakthrough. The Beatles came into the US and had their TV debut on The Ed Sullivan Show. Of course, Ringo here had a Ludwig drum set, with the company’s name and logo sticking out on the bass drum. And for the next couple of decades, Ludwig was the leading drum set manufacturer in the US. Even to this day, the company retains its high status on the market. And how wouldn’t they? After all, their drums have been used by the likes of John Bonham, Alex Van Halen, Marky Ramone, Frank Beard, Ginger Baker, Neil Peart, Cozy Powell, Ian Paice, and many others. 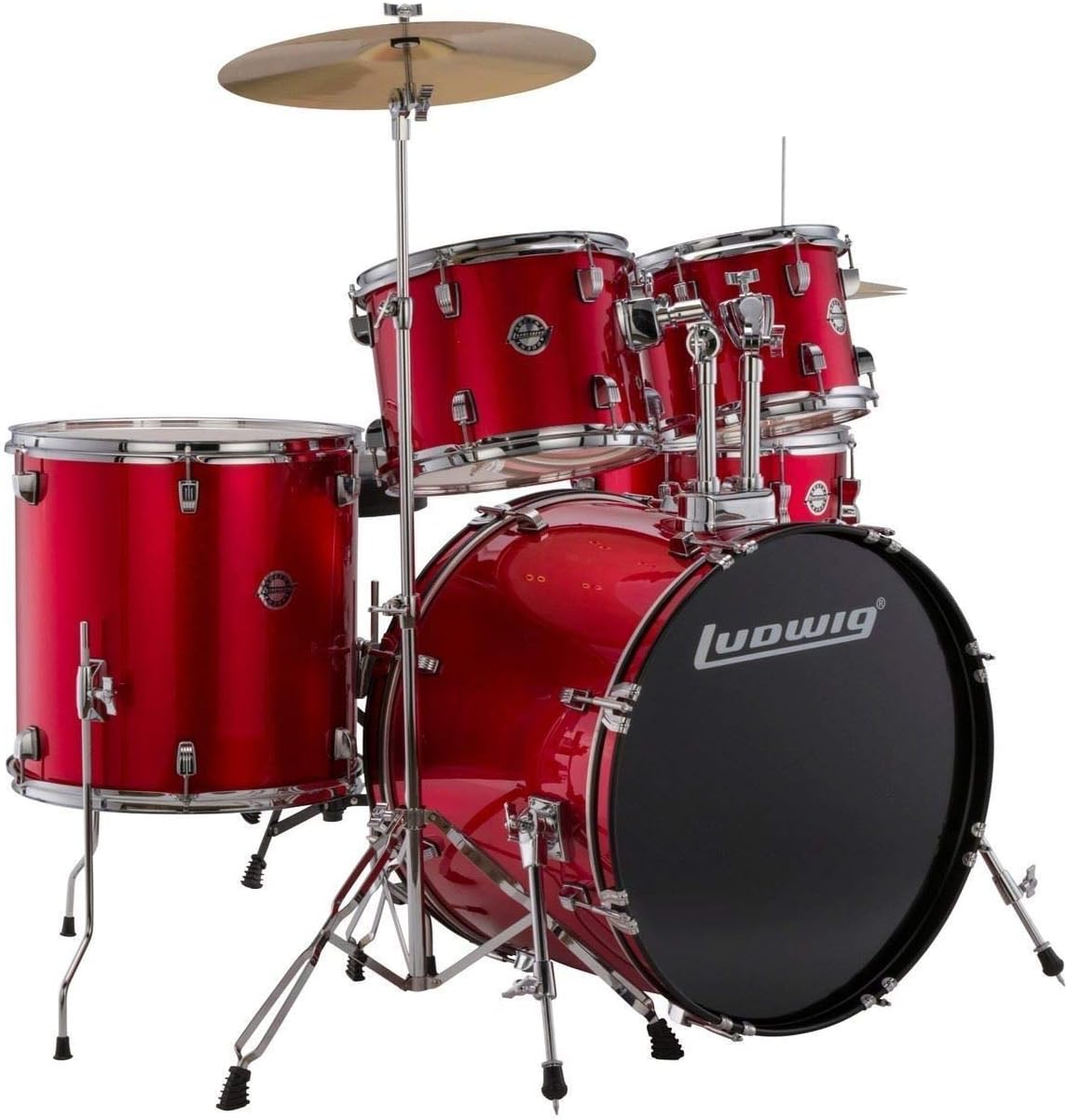 The 5-piece set LC17514 from Ludwig’s Accent Series is a great example of the company’s amazing and innovative practices. This is a relatively cheaper set, although it comes with some qualities that you’d expect from a professional or a semi-professional set. 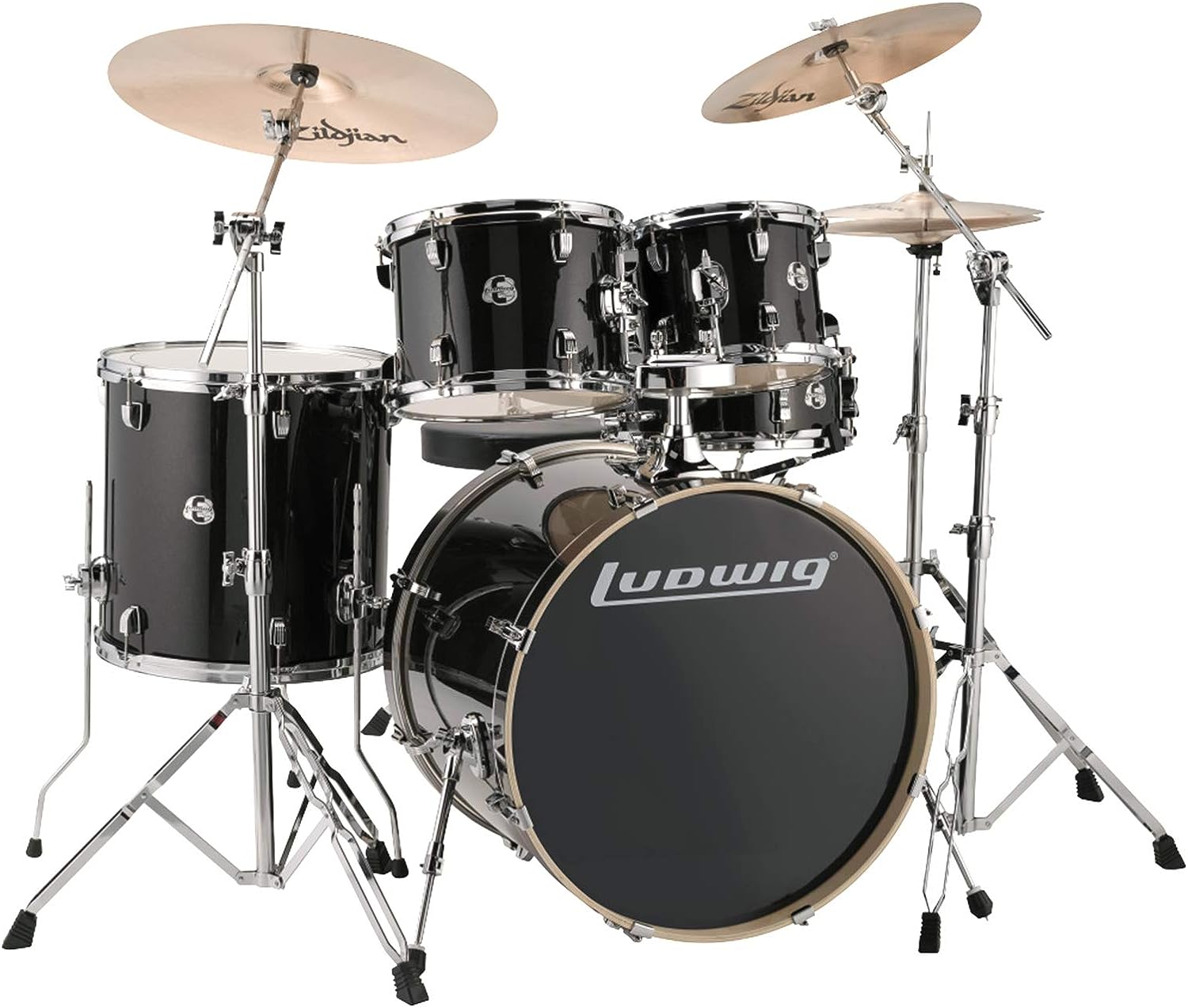 But in case you’re looking for something just a bit more serious, then you can definitely check out Ludwig’s Element Evolution set. It’s a wonderful kit featuring a standard combo with 10- and 12-inch rack toms, one 16-inch floor tom, a 22-inch bass drum, and a 14-inch snare.

Tama Drums is a company founded in Japan by Hoshino Gakki back in 1974. Of course, he had previous experience making his own drum sets during the 1960s. The idea behind starting this whole new brand was to have professional high-end drum sets. One thing led to another and they eventually became one of the biggest companies in the drum-making business.
In their vast collection of products these days, we can find any type of drum set that fits your needs. This means that the company also went past just making high-end luxurious products for professional drummers, but also for beginners and intermediate players. We have Imperialstar and Superstar Classic series as the entry-level drum sets. And, at this point, we have the company’s Star and Starclassic series as some of the leading examples on the market. 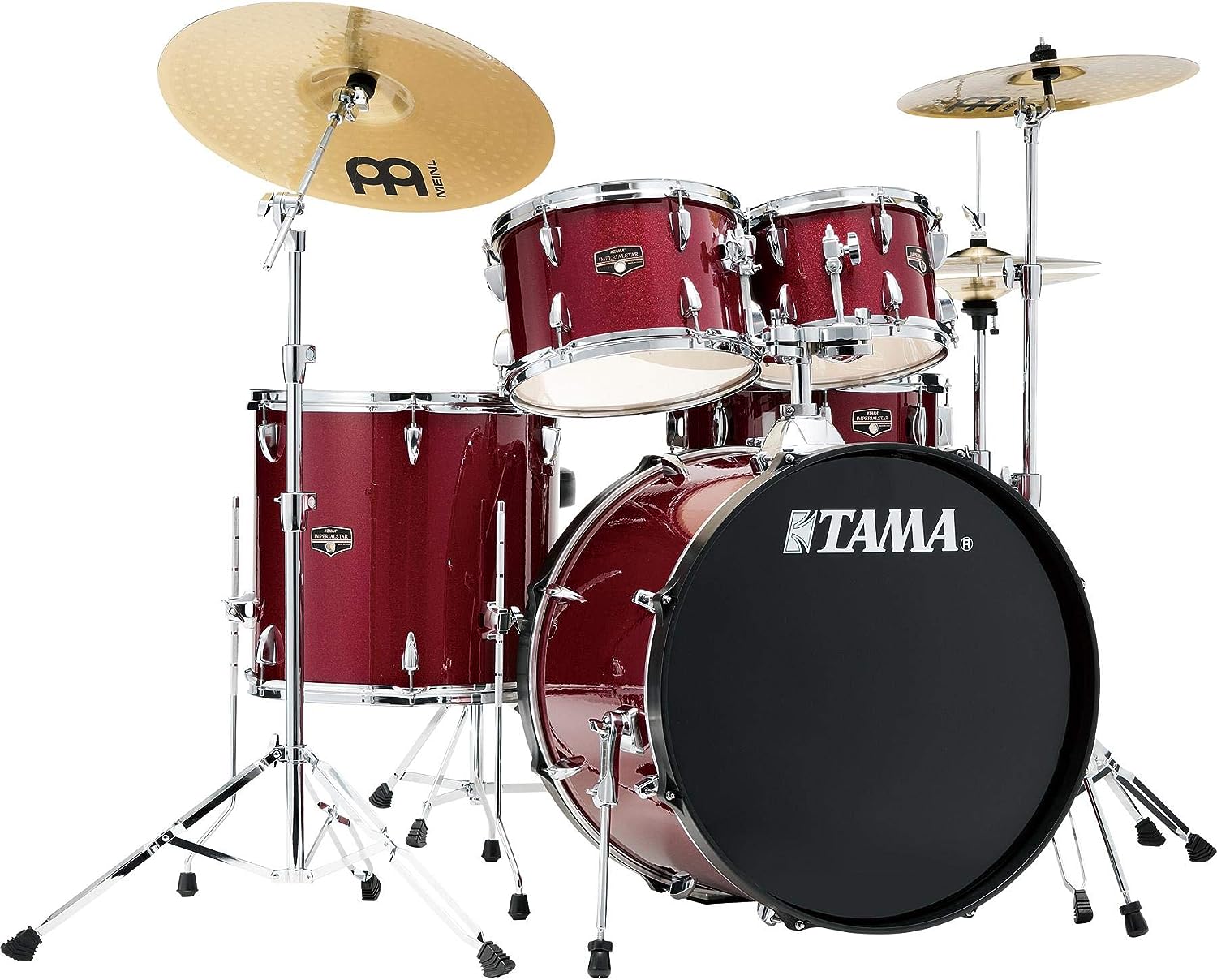 In case you need a quality set but don’t feel like spending a huge sum of money, you can always check out Tama’s Imperialstar series and the IE52CCPM set. This is a classic set with the 10/12/16/14/22 formation with poplar as the main material. Of course, the set also includes Tama hardware, Tama bass drum pedal, and Meinl cymbals. 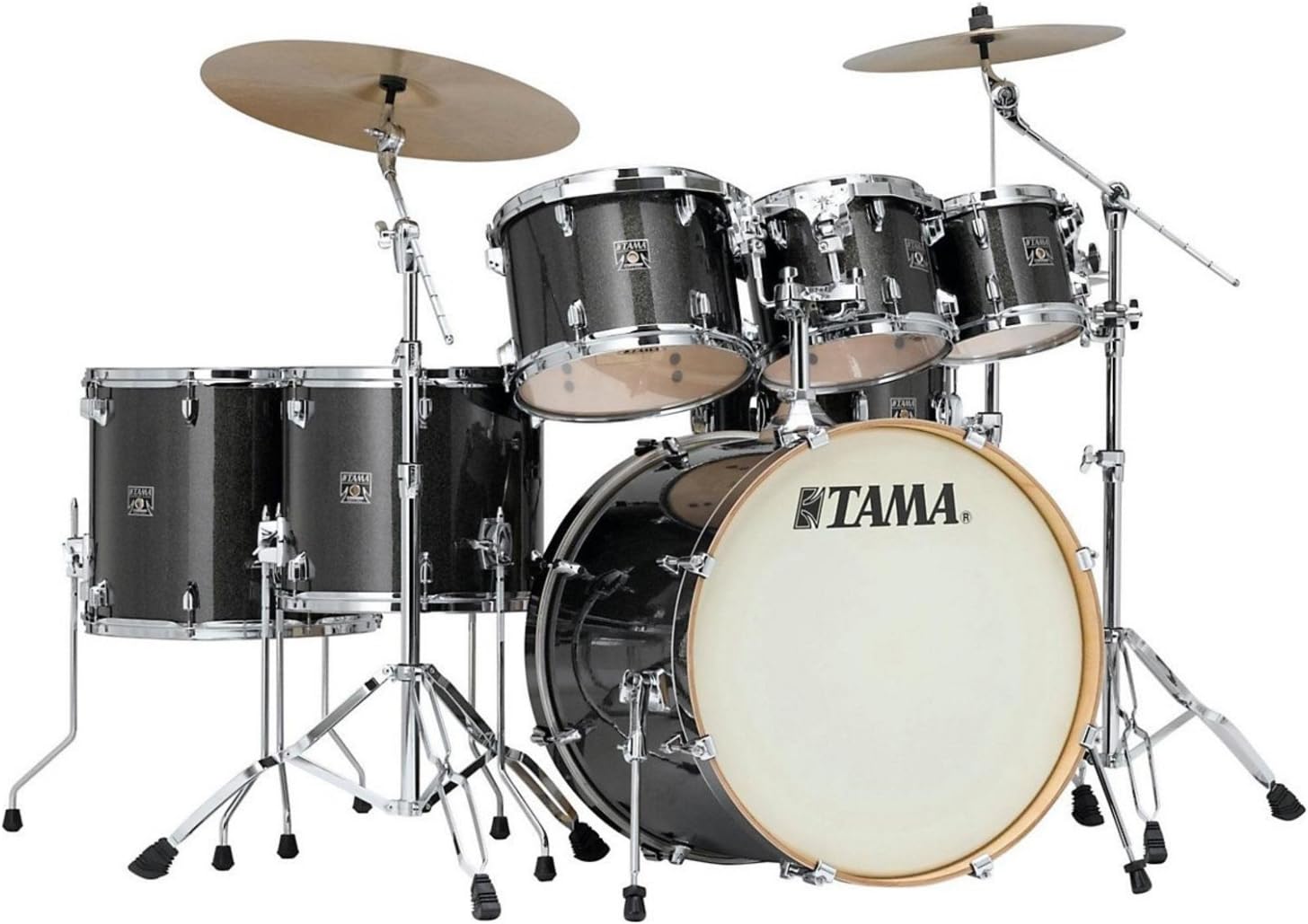 Although a drum set intended for intermediate to advanced players, Tama’s Superstar will get you covered even for some more serious settings. This one comes as one of the best deals for the price, combining great tone and reliability in one all-round package. It’s just one of the examples of the company’s greatness.

Yamaha goes a long way back. Formed in the 19th century, the company originally produced pianos and reed organs. However, over the 20th century, the company expanded on all kinds of different instruments, as well as a plethora of other non-music products. Although best-known for their electronic instrument products (mostly keyboards and analog synths), Yamaha also started making some pretty awesome drums back in the 1960s. At this point, they still retain the status of one of the most important drum brands on the everchanging and very competitive market.

Of course, Yamaha’s biggest focus in this field is acoustic drum kits, the classic 5-piece ones. However, they also have quite a wide range of drum hardware products, electronic-acoustic drum modules (or EAD), as well as electronic drum kits. There are different acoustic drum series by Yamaha, covering anything from budget-friendly stuff and up to full-blown professional kits. 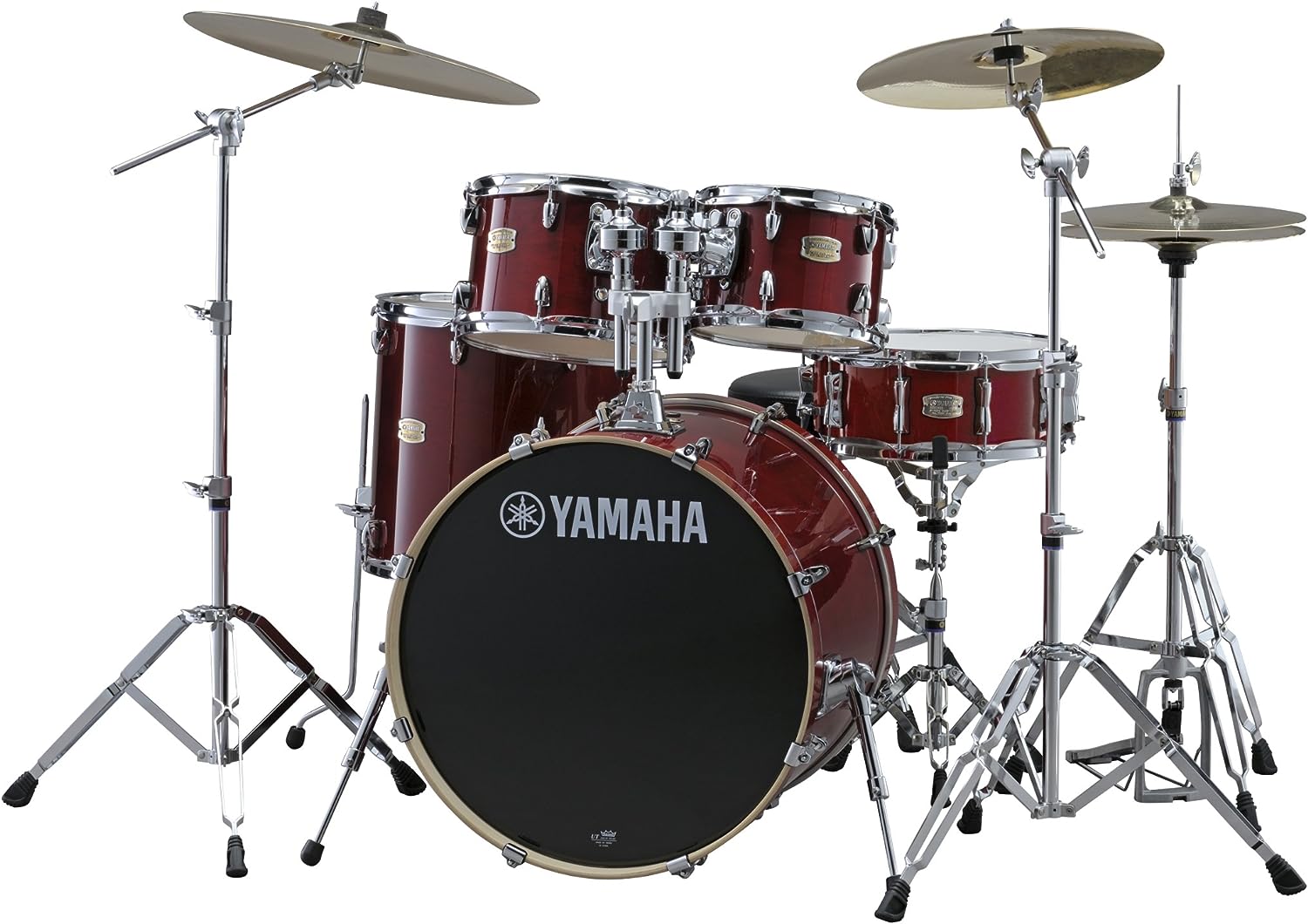 Yamaha’s Stage Custom set is made out of birch, with each shell featuring 6-ply construction. This particular feature is why this set’s tone is so great. Additionally, it also comes with an awesome choice of hardware, including the Yamaha Enhanced Sustain System (or Y.E.S.S.) which further enhances the sonic performance by minimizing the contact between the hardware and wood. 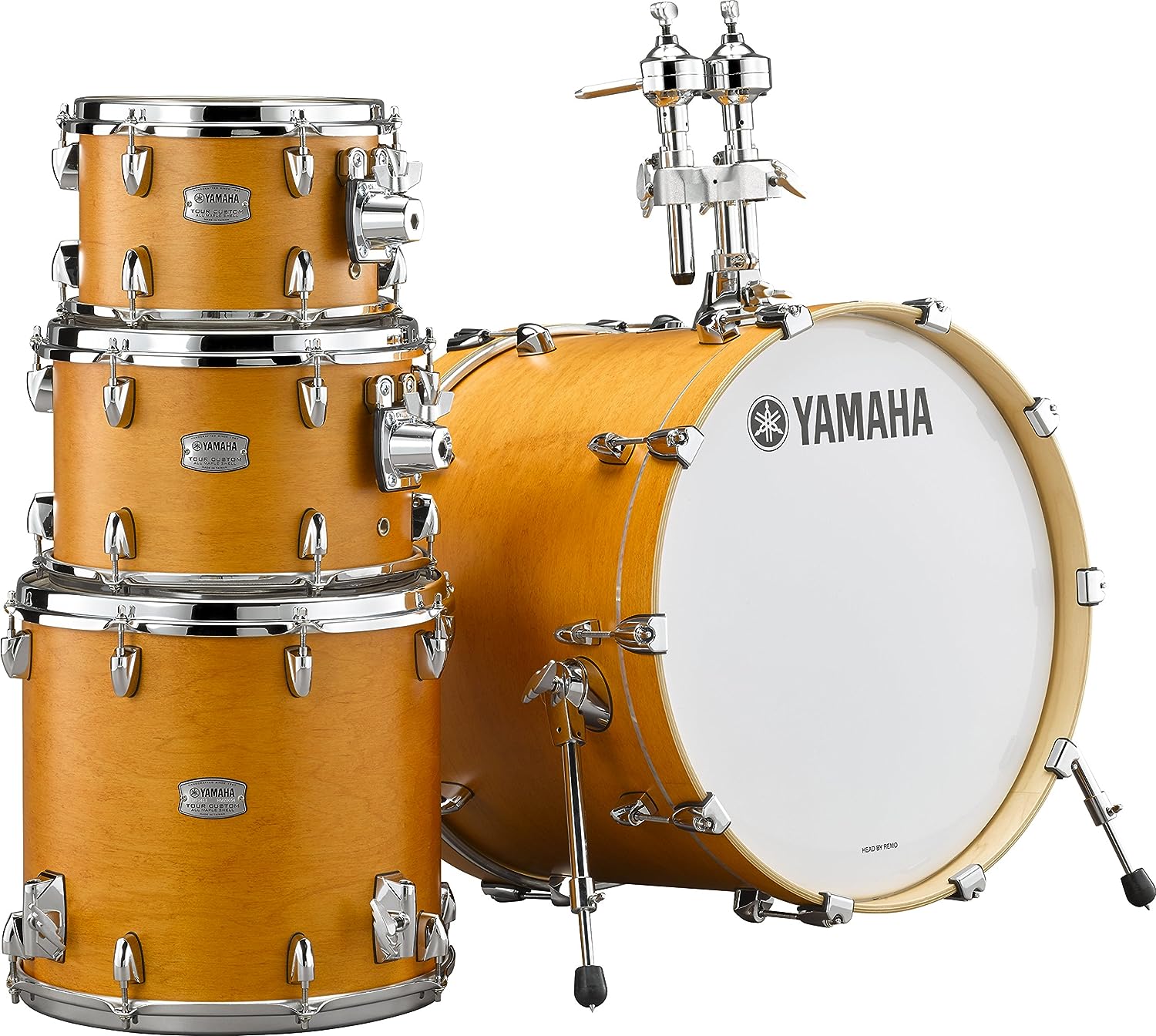 The company’s Tour Custom kit is another great example of their engineering and innovativeness. However, this one features completely maple shells, giving them a really bright and “punchy” tone. This is more of a high-end drum kit intended primarily for live settings, although it works really well for studio sessions too.

Known by their full name of Pearl Musical Instrument Company, they’ve been around since their formation back in 1946 in Japan. Katsumi Yanagisawa started the company and first made music stands. It was in 1950 that the production shifted towards drums, as well as other percussive instruments. Of course, it didn’t take long for Pearl products to break into different markets over the world, most notably in the US. Eventually, they even opened up different facilities on the US soil and have expanded their reach.

One of the things that Pearl company is proud of is the so-called “Superior Shell Technology” or SST. It refers to their practice of a special treatment of each individual ply, as well as how plies are joined together. 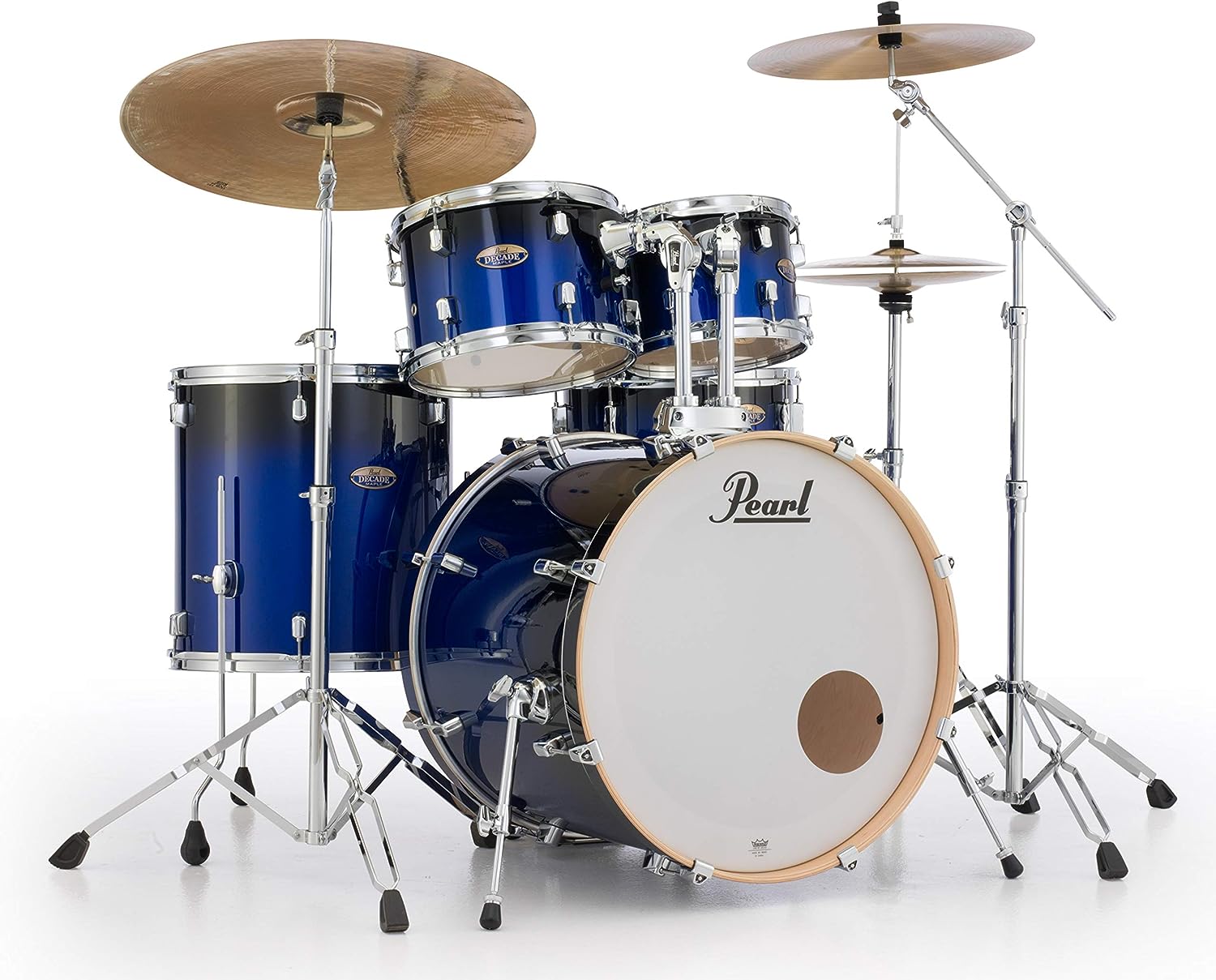 Pearl Decade Maple set is one that really stood out to us. It belongs in the mid-range price level, featuring a really strong maple shell construction, great lacquer finish, as well as pretty great quality of the hardware. You can’t ever go wrong with Pearl, no matter the price level, and this set proves it.

Luckily for every music enthusiast, we’re living at a time when it’s not that hard to find a good instrument for your needs. And although the drums are a somewhat more complicated instrument, you can still get a pretty nice kit for a reasonable price. You can’t go wrong with any of the companies that we mentioned above, no matter your style of playing. However, just bear mind that Drum Workshop makes only the high-end custom-made drums.