There isn’t a thing in the world that would compare to learning how to play an instrument. In a way, we could say that music is the ultimate expressive tool that helps us share our innermost thoughts and emotions without uttering a single word. That’s what makes it so appealing, no matter the genre or the culture it comes from. And as it keeps evolving, more and more people feel like wanting to play an instrument. However, one of the biggest concerns is whether learning a certain instrument might be hard. This is why we decided to do some thorough research, put our thinking caps on and answer the question – what is the hardest instrument to play?

However, the answer is not that simple. Every instrument out there is difficult in its own unique way. And while one may be easy to learn, they’re all equally difficult to master. Either way, we’ve compiled the list of the top 10 most difficult instruments to learn. Here’s what we’ve got.

To start things off, we have the good old accordion. While the instrument might not be that attractive at first, at least compared to stuff like the piano or the guitar, it’s still one of the most versatile out there. However, it comes with its own set of difficulties. Firstly, we have two sides – one for treble and one for bass. On the bass side, we always have the button configuration. Meanwhile, the treble side can either have a keyboard or a button formation. The latter is usually more difficult.

On top of all this, you’re supposed to constantly bring in the air supply and change the tone using switches and reed ranks at the same time. The chromatic button accordion can be pretty tricky to learn, but once you get a hold of it, it’s a very practical instrument. But it will take some time, though.

Often associated with “divine” or “heavenly” kind of music, harps can actually be one hell of a difficult instrument. While they usually cover a broad spectrum, harps are filled with so many strings that it gets really difficult to position your hands and hit the right notes. It actually takes a lot of hand-eye coordination.

But things get even trickier when you get to the point where you have to start using pedals. The modern concert harp has seven of these pedals, and their purpose is to alter the pitch. This means that you need to coordinate your hands and feet at the same time. What’s more, where exactly you pick the string can completely change the tone an the dynamics. 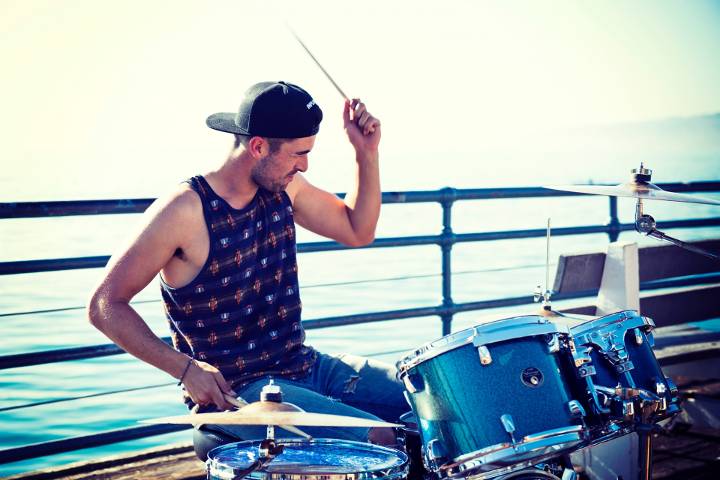 When it comes to the drums, the first impression is that it’s a fairly simple instrument. You just hit on them and you get the sound, right? Well, this couldn’t be further from the truth. While drummers don’t really have to worry about pitch and staying in tune, things can get really hard when it comes to the coordination. In fact, your arms and legs will often do four completely separate movements. And just imagine how complex it can get when you start learning polyrhythmic patterns.

Aside from the aforementioned issues, one might need to think of the dynamics as well. So no matter the genre or the style of playing, drums are, for many, the most difficult instrument to play. 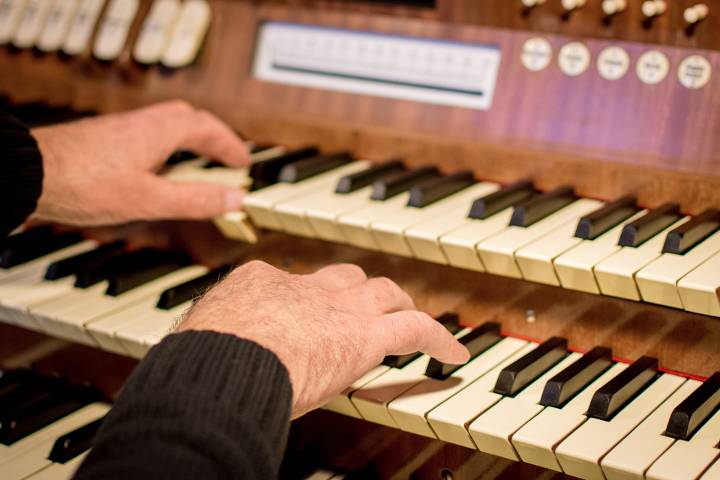 Now, before setting out to learn how to play the organ, one must first master the piano, or at least any other keyboard-based electrical instrument. First of all, finding an actual organ to play would be pretty difficult. Pipe organs or church organs are rarely ever built and are usually limited to churches or some theaters. Aside from these, there are also electric organs.

There are a couple of issues when it comes to playing any type of organ. First, you need to hold the note all the time in order to keep its tone. There are no sustain pedals, and the moment you lift up your finger from any key, it stops playing. The other issue is that you also have pedals for the lower notes. There’s a lot of coordination and “pedal dancing” involved when playing an organ.

Seemingly a simple and boring instrument, the French horn can be one pretty tricky instrument to play. To be honest, all of the brass instruments have their issues. But it’s not only due to the fact that you need to push the constant air supply in order to produce the sound. You can also completely miss the pitch if you position your lips the wrong way. While not as attractive as some other instruments, it’s really difficult both to learn and to master. People are usually pretty divided when it comes to the bagpipes. You either love them or hate them, and it seems like there’s barely anyone in between. Nonetheless, this is one of the culturally most impactful instruments and it found its way even in some contemporary music.

But aside from its peculiar tone, bagpipes are known for their unusual structure and very complicated techniques. First of all, you need to constantly feed the air into the reservoir and squeeze it in order to get any sound out of the instrument. This requires a lot of practice and coordination. And even when you master the instrument, it can get pretty tiring to play for extended periods of time.

On top of all this, it’s not exactly an easy instrument to stumble upon. It’s not like you can just walk into any music store and ask for bagpipes.

While we’re at wind instruments, we’ll include the most famous brass instruments of all time – the almighty trumpet. Some might be wondering why it’s on the list of the most difficult instruments to learn. At first sight, it looks like a fairly simple instrument. There are only three valves on it, and you just blow your lungs out to get the tone, push the valves, and that’s basically it.

But the thing is, the low number of valves makes it pretty limiting. So in order to go higher or lower in pitch, a trumpet player has to change the lip aperture and tension. These are some pretty complicated and delicate techniques that require a lot of practice.

Fretless instruments, in general, are all pretty difficult to get. As there are no strictly defined limits, players have to develop pretty much a perfect pitch in order to play these instruments well. Although the violin is the most popular one, double bass is most certainly one of the most difficult instruments to learn.

Aside from knowing how to deal with the fretless instrument, difficulties also come with its size and very delicate and precise bow techniques. As if this wasn’t enough, a double bass player also needs to deal with these very thick strings. The process of getting used to it can be pretty rough and takes a lot of time and patience.

What’s the most difficult instrument to play is somewhat of a subjective matter. What one might find to be easy, another musician will have a hard time wrapping their mind around it. However, according to many experienced musicians, the violin is most certainly up there among the top hardest instruments both to learn and to master.

Nonetheless, those who master the violin are able to produce some of the most expressive music ever known to man. Aside from classical music, it’s also very popular in country (where it’s known as the fiddle) and even jazz.

At the end of the day, whatever instrument that you might choose will require an equal amount of practice. Yes, the piano or the guitar might be more accessible for beginners or intermediate players. However, in order to become really good at them, you’ll still need years and years of constant practice and experience playing live in order to make the best out of it. Instruments that we described above are usually very difficult for those who are just starting out on them.